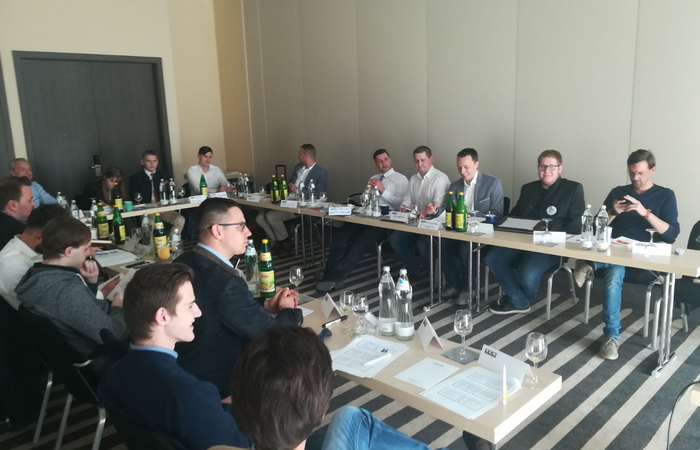 Educational specialist Petra Janaczek, lawyer and head of the International Educational Work of the FPÖ Education Institute, led people through her seminar on "Foundations of the State" as she examined the structure of a state, the various forms of state and government as well as domestic organisations, the Austrian constitution and legal system, legislation and administration at federal and state level, the self-governing bodies, the social partnership and state control (by the Supreme Court, the Federal Court of Justice, the Administrative Court and the Ombudsman's Office) up to the European Parliament.

In his teaching units, course leader Dietmar Heuritsch dealt with the topics "The political camps in Austria", "Freedom Party and the history of ideas”, as well as “liberal content". The participants also analysed the government programme of the new government.

The "Young Academy", supported by the FPÖ Education Institute, is aimed at highly qualified young people from all over Austria who already hold FPÖ positions or hold political mandates. It includes three courses: An advanced training course and a part-time Master’s degree can be completed after this basic course. Each course is to be completed in six modules in two semesters. Attendance is compulsory. To date, around 100 young representatives have been trained for service at municipal level, in the state parliaments, in the Federal Parliament and in cabinets of ministers who are in contact via the alumni club.