Islamic Immigration and its Consequences 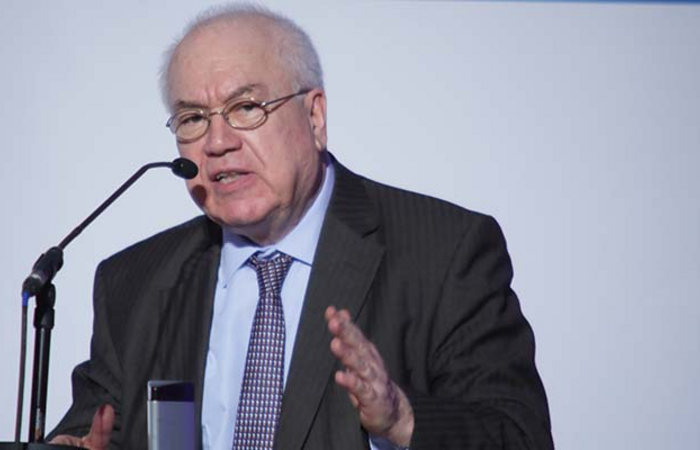 On 12 March 2018, the FPÖ Education Institute and the Free Academy of Vienna invited Prof Dr Bassam Tibi, a political scientist of Syrian origin and an Islamologist, to hold a lecture at Kursalon Hübner.

Johann Herzog, President of the Free Academy of Vienna, welcomed over 550 guests – a sizeable audience, which underlined the importance of the issue. Several thousand more people were also able to watch the event, as it was broadcast live on social networks.

In his keynote speech, Mag. Johann Gudenus (M.A.I.S., Executive Leader of the Austrian Freedom Party’s Parliamentary Group), warned that Islamic immigration to Europe was being dangerously underestimated. Uncontrolled immigration and a misunderstood “welcoming culture” would lead to an increase in the number of violent acts committed by radical Islamists. On the other hand, he presented values such as a sense of homeland and tradition, which are characteristic of Austria.

Prof Bassam Tibi, a German political scientist of Syrian origin who has warned of underestimating Islamic immigration to Europe for decades, used his lecture to criticise the fact that European politics still has no concept in the issue of global migration movements and refugee flows. He believes that mere rhetoric with words such as “welcoming culture” and “we can manage” is too little, and he doesn’t see the mass immigrants actually integrating. Immigration policy, he explains, must be geared towards the lives and interests of locals as opposed to the lives and interests of migrants. He adds that a reversal has taken place here, which would lead to parallel societies and subsequently to the spread of Islam and terror. Europeans’ naivety in dealing with Muslims astonishes and frightens Tibi, who is of the opinion that the secular state should be protected, and that religion and the state should be clearly separated for Muslims too, because Islamism is jeopardising the secular state and democracy alike.

You can find the video HERE (only available in German).