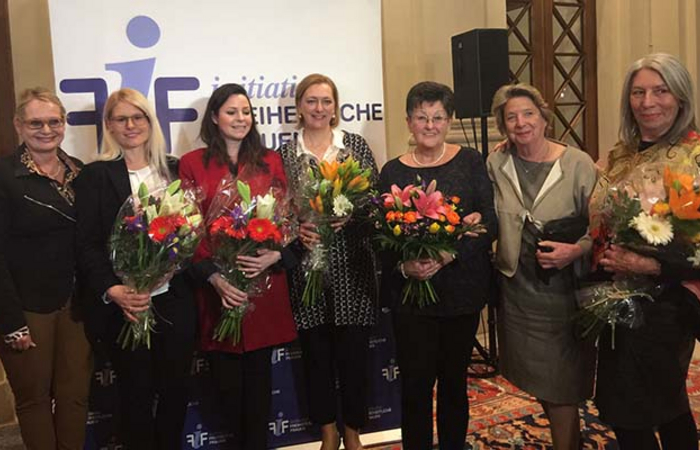 In celebration of International Women’s Day 2018, on Thursday, 8 March 2018, a joint event on women’s suffrage entitled “Frauen. Wahl. Recht.”, which was organised by the FPÖ Women’s Initiative (IFF), the FPÖ Parliamentary Group and the FPÖ Education Institute, was held in Palais Epstein.

Following a welcome by the Leader of the FPÖ Parliamentary Group, Dr Walter Rosenkranz (who is also a Member of the National Council), Carmen Schimanek (the FPÖ Parliamentary Group’s Speaker for Women’s Affairs, Chairwoman of the FPÖ Women’s Initiative and Member of the National Council), stressed the achievements of the women’s movement over the last few decades: “In many areas of society, even here in Austria, women naturally still have some catching up to do, but we should also cherish the fact that, historically, we have never enjoyed as high a level of significance and as many freedoms and rights as we do nowadays in the democratic Western word. Female politicians are normally only too happy to talk about the negative aspects in equality policy, but we FPÖ women want to highlight the big achievements in women’s policy in this anniversary year.”

Heidemarie Unterreiner (a former Member of the National Council), Ricarda Berger (Member of the National Council), and Dipl. Päd. Mag. Petra Janaczek (a lawyer and Head of the FPÖ Education Institute’s International Educational Activities), discussed the 100-year existence of women’s suffrage in Austria, the historical development of women’s suffrage both in Austria and internationally, equal opportunities between men and woman, and the value of family and generation solidarity.