New Year's symposium of the Friends of Latin America 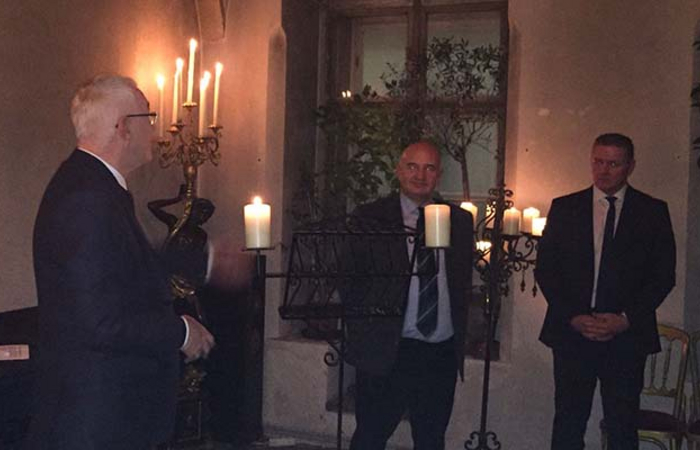 The President of the Austrian Society of Friends of Latin America and member of the National Council Dr. Martin Graf welcomed a large number of high-ranking guests, including Ambassador Rosella Badia and Embassy Counsellor Ramiro Recinos from El Salvador, from the Cuban Embassy Counsellor Marietta Gareira Jordan and Embassy Secretary Bruno D’Abrene Souza, the President of the Austria-Paraguay Society Walter Asperl and a large number of representatives from business.

After words of welcome from member of the National Council Roman Haider, Foreign Policy Spokesman of the FPÖ, Ambassador Dr Walter Gehr, Head of Cabinet of the Foreign Ministry, gave a talk about Austria's political, economic and cultural relations with Latin America, before the evening ended with interesting and informal discussions.

The "Austria-Paraguay Society" is a non-political and non-profit working group which aims to help to strengthen and maintain bilateral relations sustainably between Austria and Paraguay in all areas.

The Austrian Society of Friends of Latin America is an association whose activities are not for profit and which aims to promote bilateral relations between the states of South America and Austria, especially in the economic, cultural, social, sporting, scientific and educational fields.