The FPÖ and the Parliament (only available in German) 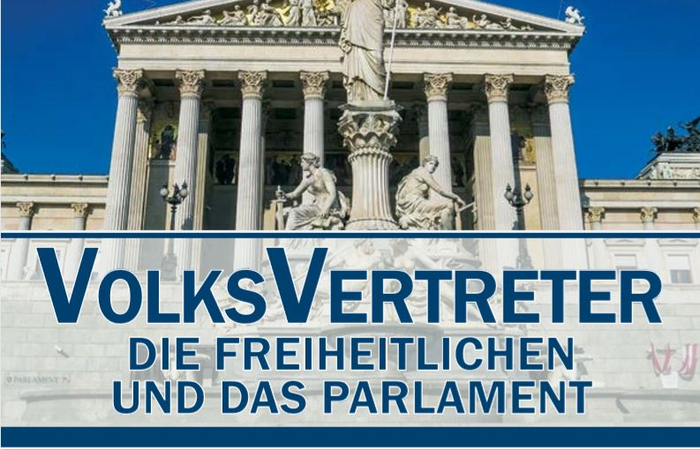 After the 2006 elections to the National Council, the Freedom Party returned to parliament with 21 seats under their party chairman and current parliamentary fraction leader Heinz-Christian Strache. After the implosion of the FPÖ as a result of the events at Knittelfeld and the Haider spin-off of the BZÖ, the FPÖ – considered doomed – recovered impressively in order to continue its many years of work in the Parliament. After the new beginning in 2006, the National Council elections of 2008 and finally those of 2013 came, with the Freedom Party becoming the strongest opposition party in the Republic with a good 20 percent of the votes and a parliamentary fraction of 40 members.

Fraction leader and Federal Party Chairman Heinz-Christian Strache and his two Secretary Generals Herbert Kickl and Harald Vilimsky, supported by Fraction Director Norbert Nemeth, the two Presidents of the National Council Martin Graf and subsequently Norbert Hofer, as well as many influential parliamentary personalities made the FPÖ and the FPÖ Parliamentary Fraction the driving political force of the country during this decade.

In these years, the FPÖ once again distinguished itself as a control party - parliamentary inquiry committees chaired by or at least decisively determined by the FPÖ made this very clear. No other fraction has made so many requests and motions, and, in addition to parliamentary democracy, has argued for more democracy. Ten years later, 38 members of the National Council, 13 members of the Federal Council and four members of the European Parliament make up this FPÖ parliamentary fraction, up from 21 MPs in 2006. They are representatives of the people in the truest sense of the word.

Here you can DOWNLOAD THE BOOK (only available in German).