The Austrian Media and Party Landscape 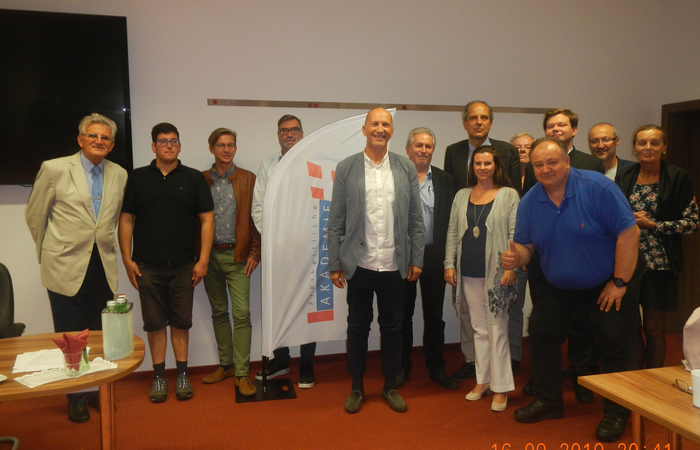 The seminar “The Austrian Media and Party Landscape” was held on 16 September 2019 in Vienna’s 15th district in collaboration with the FPÖ Academy Vienna.

The first block consisted of a historical outline of the development of the Austrian media landscape since 1945 and the present situation of Austrian media. It also covered media law with case examples, new media and digitalization and the limits of freedom of opinion and/or the press. The second part of the seminar offered an overview of the parties competing in the 2019 National Assembly election, their areas of overlap and unique political positions. The third part consisted of an open discussion.