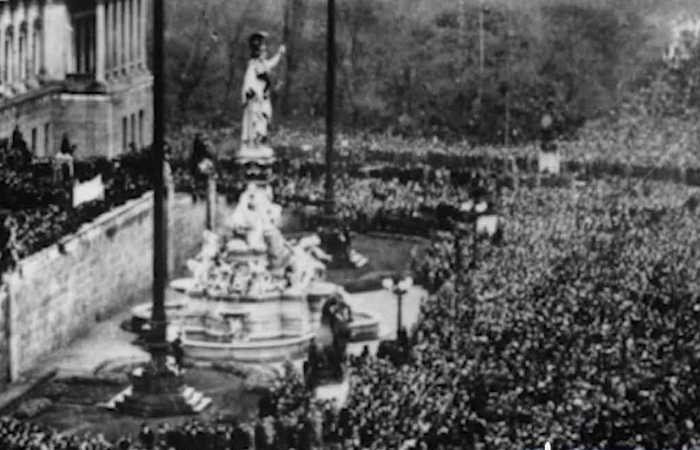 As the strongest faction in the 1918 Provisional National Assembly, the national liberals played a major role in the founding of the state. It is no coincidence that it was Franz Dinghofer who proclaimed the Republic from the ramp in front of Parliament on 12 November 1918.

You can watch the film here.