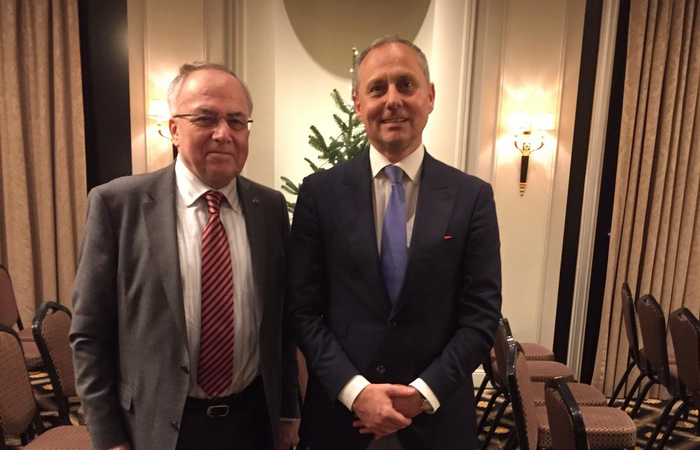 On 28 November 2019, Dr. Andor Nagy, Ambassador of the Republic of Hungary, was welcomed to the Liberaler Klub by President Peter Fichtenbauer.  He gave a talk on “Hungary’s positions in Europe”. The active discussion that followed demonstrated how relevant the content was.

Tone of the event: Over the centuries, the neighboring peoples of Austria and Hungary have developed a common sense of destiny, and the political turbulence of the 20th century clearly highlights the need for a prudent approach to designing a shared future under the flag of the European Union.