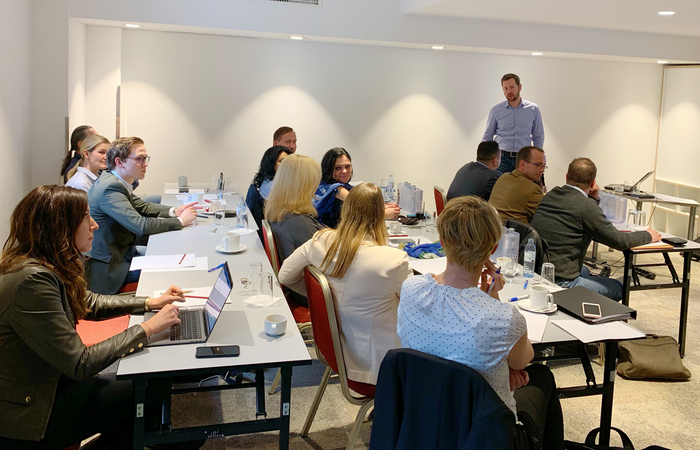 The seminar with the title &quot;EU Election 2019: Initial Situation, Positions, Topics and

Proposals” offered an overview of the EU institutions, legislation and work of the EU

Parliament. The Austrian factions were also presented as well as the positions and

proposals of the Freedom Party on core topics such as spending cuts, the asylum

provided that Brexit is completed on-time.

institutions because it has been elected directly since the year 1979. The elections for

the EU Parliament take place every five years, and the next election will be on 26 May

2019. Every country organizes its own elections and sends a certain number of

representatives, depending on the population. The smallest countries send a minimum of

six representatives and the largest a maximum of 96. The European Parliament should