A continent in upheaval

The power struggle in Venezuela 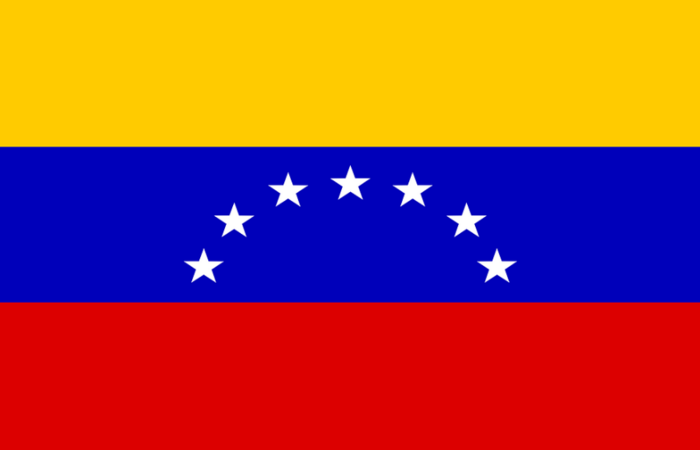 There is a power struggle underway in Venezuela, which is not only about democracy, but also about oil. After the left-wing movements in South America had to put up with election defeats in the past few years, the USA spotted the chance to expand its influence in the region and suppress that of China and Russia. A lot depends on how Brazil turns out.

In Venezuela, the power struggle is dragging on. The Venezuelan Supreme Court banned self-proclaimed interim president Juan Guaido from leaving the country, while John Bolton, National Security Adviser of the USA, warned Venezuela’s left-wing president-in-office, Nicolas Maduro against “inflicting any harm” on Guaido.  Bolton attracted attention recently by carrying around a notepad with the hand-written note reading “5,000 soldiers to Columbia”. Since Columbia is Venezuela’s neighbouring country and also Washington’s most important ally in Latin America, speculation about US intervention to overthrow Maduro has become rife.

And it was also Bolton, who, just about ignored by many observers, announced a stronger US interest in Latin America on 1 November 2018. In Miami, Florida, where a particularly large number of Cuban exiles live, Bolton spoke about a “Troika of Tyranny”, comprising Cuba, Nicaragua and Venezuela. “This Troika of Tyranny, stretching from Havana through Caracas to Managua, is the cause of immense human suffering, the impetus of enormous regional instability, and the genesis of a sordid cradle of communism in the Western Hemisphere.”

Bolton, a foreign policy hawk and one of the architects of the US attack on Iraq in March 2003, which was contrary to international law, announced more than just additional sanctions against these countries, he downright threatened them: “Under this administration, we will no longer appease dictators and despots near our shores. (...) We will champion the independence and liberty of our neighbours. And this President, and his entire administration, will stand with the freedom fighters.” Finally, the National Security Advisor said, “The United States now looks forward to watching each corner of the triangle fall, (...) the Troika will crumble.”

Particularly revealing is how Bolton refers to the “Western Hemisphere”. This makes it clear that for the neo-conservative hawks in Washington the Monroe Doctrine from 1823, declaring the supremacy of the US in the Americas, is gaining importance. In this doctrine, known by the motto “America for the Americans”, President James Monroe explained nearly 200 years ago: “Any attempt (by a European power) to oppress or control any nation in the Western Hemisphere would be viewed as a hostile act against the United States.”

In 2019 the plans of the USA in Latin America were not thwarted by Europe, but by Russia and China. Beijing is even planning the construction of a Nicaragua Channel, connecting the Atlantic and Pacific oceans. Even though the project faltered due to financial problems, it is not in the interest of the USA to have the Chinese gain a foothold practically at their front door. It is hardly a surprise then that China, and also Russia, support Maduro in Venezuela’s internal battle for power. US broadcaster CNBC even speaks of a “new front in geopolitical tensions” between the USA and Russia that has opened in Venezuela, drawing an interesting parallel with Syria: “Russia gave its military, financial and diplomatic support to controversial President Bashar Assad in a complex civil war that started in 2011. Meanwhile, the US and its Western allies backed regime change and various rebel groups looking to oust Assad from power (...). The civil war in Syria was largely seen as a battle for influence in the Middle East, with Russia keen to not see another regional ally come under America's sphere of influence. Russia is now largely credited with keeping Assad in power. Now, there is a battle for the leadership in oil-rich Venezuela with the US backing regime change under opposition leader Guaido, and Russia supporting socialist dictator Maduro.”

So the Venezuelan conflict is as much about geopolitical spheres of influence as about oil. According to the CIA’s Factbook the South-American state possesses the largest oil reserves in the world of an estimated 302.3 billion barrels (159 litres/b). And the US has cast a wishful eye on that. Security advisor Bolton admitted this when he explained in an interview with the conservative channel Fox: “It would make difference if we could have American companies produce the oil in Venezuela. It would be good for Venezuela and the people of the United States.” According to the business news agency Bloomberg the self-proclaimed interim president Guaido wants to bring the company Citgo, the crown jewel of Venezuela’s national oil company PDVSA, under his control. Guaido is supported by Washington in that the accounts of PDVSA in the USA have been frozen, which deprives Maduro of control.

Oil and the PDVSA were the reasons why a coup d’état was attempted against Maduro’s predecessor, Hugo Chavez, who died in 2013. Chavez, who came into power democratically in 1998, had previously replaced the PDVSA leadership with managers loyal to the government, prompting the opposition to launch a general strike with support from the USA. The head of the army had Chavez arrested on 12 April 2002, but the rebels were detained soon afterwards by the guards of the presidential palace. As The Observer revealed, the coup d’état was traced back to high-ranking officials of the Bush administration, to Elliot Abrams, to be precise.

On 25 January 2019 Abrams was appointed the special envoy of the US administration for Venezuela, which made the Washington Post draw the following conclusion four days later: “During the Reagan administration, Abrams was central to US actions that resulted in human rights violations. He was also convicted of lying to Congress in the Iran-contra affair.” Trump’s threats to invade Venezuela, along with his appointment of Abrams, show that he has been unable to resist the US government’s “interventionist reflex”. That reflex, the newspaper explains, “based on the idea that the hemisphere is still an area of US hegemony and that the US armed forces can ‘teach democracy’ to lesser countries, has characterised the long history of relations between the United States and Latin America.” Venezuela is a case in point: the failed coup in 2002 that had the unpalatable side effect for Washington that “Chavez soon consolidated his power as an anti-imperialist hero.” Should Maduro, less charismatic compared with his predecessor, manage (with support from China and Russia) to survive this crisis and stand up to the USA, he could become a hero of the masses, also outside Venezuela, thus shifting attention away from problems like corruption and maladministration.

Regardless of how the power struggle in Caracas ends, in the past few years the USA has still managed to add to its political weight in South America. And did so not through subversive activities or even through meddling in the internal affairs of other countries, but through democratic changes of government in the countries concerned.

In Argentina the neo-liberal candidate, Mauricio Macri managed to assert himself in the presidential run-off in November 2015. Before that, the country was governed by leftist Peronists for twelve years. Macri’s appearance resulted in a tangible improvement in relations between Buenos Aires and Washington. That goes mainly for foreign and security policy, as Birsen Filip, University of Ottawa, explained in an article in June 2018: “The Macri administration has prioritised strengthening diplomatic ties with Washington at the expense of regional cooperation, which entailed favouring pro-American foreign policies, while implementing neo-liberal economic reforms at home. This included signing security and defence “cooperation agreements” with both the Obama and Trump administrations, permitting the US to establish military bases throughout the country.” And the US made good use of the right to establish military bases in Argentina.

Macri’s predecessor, Cristina Fernandez de Kirchner, on the other hand, opted for a rapprochement with China, in particular for connecting to Beijing’s “maritime silk route”. But Kirchner, despite the repeated allegations of corruption against her, was smart enough to conclude the agreement with Beijing so that Argentina cannot just withdraw without consequences. Her successor, Macri, has to acknowledge this, as the US geopolitical analyst Andrew Korybko puts it: “Basically, Kirchner locked her country into a strategic partnership with China by agreeing to prohibitively costly “cross-cancellation clauses” that made it impossible for Macri to pull out of Argentina’s Silk Road deals. (...) Macri had no practical choice but to retain the Argentinian-Chinese Strategic Partnership.”

Korybko also believes that the Argentinian model might be applied to Brazil. The largest and most populous country in South America is governed as of 1 January by Jair Bolsonaro, who announced a firmly pro-American foreign and security policy. Brazil, however, is institutionally connected with China and Russia as a BRICS country (Brazil, Russia, India, China and South Africa). Established in 2011, the BRICS group, dominated by China and Russia, follows not only a political path but also a political agenda: The US hegemony should be replaced with a multipolar world order.

Brazil, however, seems to prefer the US hegemony as a worldwide model of order. A few days after his inauguration, Bolsonaro explained that he was open to the setting up of a US military base in the country. He said in an interview: “Depending on what happens in the world, who knows if we will not need to discuss that question in the future.” Bolsonaro had a clear message, and along US lines at that, to Venezuela. He believed that Russia’s support for the “dictatorship” next door would significantly mount tension in the region, and was a “worrying development”. Should a military base be set up in Brazil, it would be the first since the end of World War II.

The changes South America had to go through in the past few years due to the weakening of the left-wing, US-critical camp are described by the Washington post as follows: Just a decade ago, by contrast, left-wing Brazilian President Lula sought to foster regional independence from the United States by building out organisations like the Southern Common Market and the New Development Bank.

After all, Bolsonaro said that Brazil is seeking “hegemony here, in South America”. Brazil’s dominant position in South America, however, could easily lead to tensions with the USA. Even if, as the Washington Post put it, “Bolsonaro and Trump have expressed mutual admiration”, the relationship may have “significant limits”. Bolsonaro is likely to back Trump on some issues, such as climate change and Venezuela. However, he is unlikely to fully embrace other causes that hold more risk for Brazil, particularly the US-led campaign to pressure China on trade policy.” Matias Spektor, University of Sao Paolo, said that “should China decide to take revenge and make an example of him, it would cost Bolsonaro prohibitive amounts of money.”

It is exactly Brazil’s relationship with China though – which in the context of the BRICS group means far more than just economic measures – that the US will keep a very close eye on. The “National Interest” magazine points out that, if overthought, this could have a strategic impact reaching far beyond South America. In which case Bolsonaro could easily fall prey if he puts Brazil’s (economic) interests before the geostrategic interests of the USA.

Latin America is experiencing radical political upheavals, which could have implications far beyond the region. What we know for a fact is that both foreign players in Latin America, Russia and China, also have some say, but Europe does not.