What is preached in Germany's mosques 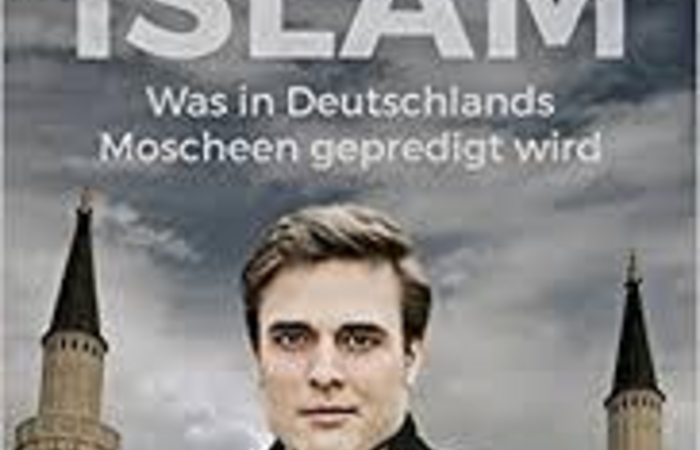 What is preached in Germany's mosques

More than four million Muslims live in Germany. The weekly visit to the mosque is a matter of course for many of them, every Friday thousands of imams preach in full houses of prayer. We do not even know exactly how many places of prayer there are in this country. Even finding them is often a challenge.

The intention of this book is to provide insight into some of the sermons that have taken place in thirteen mosques in German cities such as Berlin, Hamburg or Karlsruhe, etc., arbitrarily selected by the author Constantin Schreiber. It is a gloomy book, one that should definitely be addressed in the integration debate in Germany and Austria.

Many of us know or think we know what a mosque is. But is it a place of worship, like a church, or is it a political meeting-place? Some interested people may already have visited a mosque on an open day, and been instructed on the purpose of an Islamic house of prayer. However, very few people know what is said during Friday prayers, as the preachers or imams speak in their national languages in the vast majority of cases.

Fluent Arabic-speaking author, moderator and former media officer in the German Foreign Ministry puts an end to the many speculations about the content of Friday sermons by going into the heart of the mosque. He places his visits in a temporal context and then has the sermons analysed by experts. He also tries to discuss the voiced statements with the imams, which frequently does not succeed because many deny them, while others, even after four years in Germany for example, (page 78), hardly speak any German.

According to Middle East expert Schreiber, at issue here is not “a representative survey, but a report" (page 233). His visits took place in the mosques of Shiite or Sunni communities, where the sermons were held in either Arabic or Turkish. Schreiber visited the mosques with an open mind. If he did not announce his arrival then after the end of the sermon at the latest he wondered why he was never asked “what [he] wanted there” (page 235). Suspicion often only arose when he returned to try to talk to the imams.

Above all, the question of integration was in the foreground during his visits, i.e. whether the content of the sermons - such as the ban on celebrating Christmas - promotes the integration of Muslims in Germany. In view of the large number of Muslims and the increasing number of Muslim refugees in Germany, this question is quite justified. The author's answer is a sobering one, albeit not surprising.

The author's reflection on the complete lack of a discussion on equality between men and women in European society also seems interesting. Likewise, the relationship of Muslims to representatives of other religions, especially Christians, was not addressed in any sermon, despite a host society (still) shaped by Christianity.

Schreiber's conclusion of his eight-month research is therefore:

“At best, the sermons were dense religious texts that hold the listeners in another world; at worst, life in Germany, democracy and our society were rejected. I would like to give a positive example, a sermon that radiates cosmopolitanism, a bridge to life in Germany. Unfortunately, my mosque visits did not provide such an example (page 245).”

In this otherwise very informative and eye-opening book, a more detailed examination of certain Islamic terms would have been useful in some places for a better understanding of Islam. For example, one preacher said, "God calls upon us not to cause unrest on earth.” (page 117). The experts should have explained this statement more precisely, as well as the Jinns (non-Islamic spirits) mentioned in this sermon - using Suras 2:11 and 5:33 (in context with 5:32) in the Quran. The first sura speaks of “depravity on earth”, the latter explaining what is understood by “stir depravity”, namely “wage war against God and His Messenger”, meaning “hostile opposition” to Islam and its ethical commandments. Moreover, the statement “not to cause unrest on Earth” is important since another imam mentioned “to be killed without a legitimate reason” (page 135), which unfortunately was not discussed either. One should learn, however, that the consequence for people who cause destruction is their killing, crucifixion, mutilation of hands and feet, or expulsion.

The Islamic scholars and experts consulted by Schreiber were mentioned by name in the appendix, but unfortunately not with their references, which could certainly have given the explanations more weight. The notes in the appendix, in which Islamic terms and the content of the sermons are explained in detail by the translator, are extremely positive on the other hand, and above all, comprehensible for laymen.

This is an important book of our time because it gives insight into the thoughts of some imams preaching in Germany. The secondary title of the book could also have been “What is preached in German and Austrian mosques”, since the research results would also be representative for Austria. In any case, it is alarming that not a word of regret is said in the sermons about the victims of the terrorist attacks; it is alarming that integration is not called for; and it is alarming that the authorities are not aware of all this. Or is it?